I’ve been having a tough time earning on the beermoney sites I’ve been using. Sites like Swagbucks and Earnhoney have been letting me earn less than $2 a day. Usually, I would be able to earn around $3 for on both sites each, but the ad drought has been hitting me hard. That is the nature of being a beermoney user though, and the plan is to adapt and pull through regardless of this minimal returns I’ve been receiving. I’ve been running a bit of PerkTV and YooLotto on my 3 Android devices to get by but it’s not earning very well. Sometimes, earning beermoney is very much not worth it, but I enjoy doing this. For almost no effort involved, it’s worth that much to its credit.

Thank goodness EngagemeTV works decent for the most part, but it is a very inconsistent earner all things considered. They also started doing security checks to see if I’m watching which hampers the overall passive experience, but it’s not too bad. Remember that the ads you will receive will only be as good as the quality of your IP and the location where you’re earning from.Things will definitely pick up, but for those who want to quit I advise coming back in a few months. Ads will definitely start flourishing again in due time. 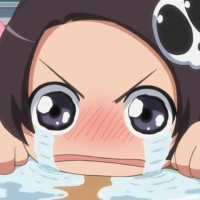